Free Shipping on any orders over $50
0

Your Cart is Empty

2017 and 2018 were undoubtedly very massive years for ICO’s (Initial Coin Offerings), with project teams collectively raising over $20 billion during the two-year ICO popularity spree. The practice and absence of regulatory barriers behind running an ICO allowed startups and teams to raise funds in pursuit of Blockchain based projects and ideas on a global scale with relative ease. However, the lack of applicable regulatory frameworks opened up room for devious minds to take advantage of investors in pursuit of acquiring a slice of the next potential moonshot project in the cryptocurrency market.


A year down the line, we’ve got countless cases of crowdfunded investor resources being misused, shady marketing tactics used to sell essentially hot air and lavish Whitepapers, lack of transparency, bogus funding for bogus ideas, and teams outright failing to hit roadmap and development targets. So, should there really be any surprise that the last few months have shown more stringent government regulations forming, more crackdowns on misleading ICO projects, and the rise in popularity of STO’s (Security Token Offerings) as a more legitimate and regulatory aligned way of Blockchain crowdfunding and tokenizing assets and equity.


How will STO’s change the market that we are used to? What will happen to Blockchains that are popularly used for crowdfunding? How will the existing key crypto ecosystem players change, such as exchanges and other tech providers? Jonathan Galea, Managing Director the Blockchain Advisory based in Malta provides his perspective on STO’s in the market, their link with Global Financial systems, whether or not they will squeeze ICO’s out of the picture, Blockchain adoption, and a whole lot more that will surely help you navigate the cryptomarket in 2019 and beyond.


special thanks to our partners: https://mazee.io/

12:34 Impacts on the speed of Blockchain innovation.

21:52 How does a startup register itself 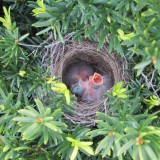 Its over. Institutional investors are in control now. You all missed the boat. Try something else. Lightning Network will be the largest hit job on the industry to date. The sleeve behind the scene is unbelievable! Do your research…

Comments will be approved before showing up.

Also in That Crypto Hustle Podcast

axie infinity blockchain gaming crypto kitties gaming industry non-fungible assets
With everything that’s been happening around the world of blockchain gaming, it’s logical to ask what the future holds for this industry.  Where is blockchain gaming headed? Our guest today, Jeff Zirlin will help shed some light into this matter, having been part of the early days of Crypto Kitties as a player and now the co-founder of Axie Infinity, a game currently running in the ethereum blockchain.
Read More

The Evolution of Blockchain Marketing

blockchain community management marketing strategies for crypto projects
Our guest today, Mazee Community Founder Marco Calicchia, was in the middle of this marketing evolution and practically saw the changes that needed to be made.  He’s been working on various projects with different brands and companies by helping grow their communities and increasing its engagement. He works closely with business owners and founders, understanding what they want to achieve in their industry and building a strategy that would fit them and the token of their choice.
Read More

IRA’s and cryptocurrencies, two completely different markets, with one being vastly older and significantly less volatile than the other. According to today’s guest, Morgan Steckler, CEO of iTrustCapital, a cryptocurrency retirement company, there’s a lot of untapped interest towards cryptocurrencies coming from the IRA space.

Sign up to get the latest on sales, new releases and more …